Black and Latino students made up more than 96 percent of the arrests by NYPD School Safety officers during the 2011-2012 school year, according to recent data released by the NYPD. But the New York Civil Liberties Union believes the numbers betray a "heavy-handed" approach to discipline, particularly in minority neighborhoods.
Over the course of the most recent school year, 882 arrests were made and 1,666 summonses were issued. Sixty three percent of the arrests involved black students.
Close to half the summonses were issued in the Bronx, although the borough accounts for just 21 percent of the city's middle and high school students.
"What we're seeing is that more kids are getting arrested for minor misbehavior that a generation ago would never have resulted in police involvement," said Udi Ofer, the New York Civil Liberties Union's advocacy director. He says this includes offenses such as writing on desks.
According to the NYCLU, police personnel outnumber guidance counselors and social workers at city schools. Ofer said the public spectacle of being handcuffed or taking a day off to go to court is more likely to prompt a downward spiral, rather than ending the student’s misbehavior.
"Getting arrested in school is one of the greatest indicators of dropout,"  he said.
The city Department of Education in a statement said crime in schools has gone down. "In the last 10 years, we’ve reduced major crimes committed in schools by 49 percent and violent crime by 45 percent, while still maintaining one of the lowest rates of school-based arrests for any major district in the country. School safety is important for our students’ success and it’s our goal to preserve a safe learning environment."

A coalition of students protested outside Chicago Mayor Rahm Emanuel's office Tuesday, calling on the city to implement new disciplinary policies that would reduce the arrest rate among African American students in Chicago Public Schools.
Members of Voices of Youth in Chicago Education (VOYCE), a group of students advocating for equal education access, organized the protest after discovering new data indicating that more than 2,500 people ages 18 and under have been arrested on CPS property this school year, and a vast majority of those arrested are African-American--more than three quarters of all arrests, according to WBEZ.
CPS told WBEZ that in-school arrests are down 27 percent from last year, and the police department noted that this data includes arrests during evenings and weekends.
But VOYCE, which has been rallying all year for disciplinary practices that are less disruptive of student education, is demanding a more understanding disciplinary code that doesn't default to suspensions and arrests.
"We need a discipline code that works for all students, not one that sends black and Latino students a path to prison," said Victor Alquicera, a Roosevelt High School student, according to a Huffington Post blog by Rev. Jesse Jackson Jr. on the topic.
Police presence at schools in Chicago and nationwide has increased in the last 20 years, according to "Policing Chicago Public Schools: A Gateway to the School-to-Prison Pipeline," a report released earlier this year by Project NIA. The report found that the vast majority of those affected by the criminalization of in-school behavior in Chicago are black students, who accounted for 74 percent of school-based juvenile arrests in 2010.
Only 45 percent of the system's students are African-American. The study also turned up geographical biases. Nearly 40 percent of the city's school-based juvenile arrests in 2010 came from five police districts: the 4th, 5th, 6th, 8th and 22nd, all on the city's South and West sides.
Youth intercepted by the criminal justice system at a young age can find themselves trapped in a cycle of repeat incarcerations. A recently released report by the Illinois Juvenile Justice Commission found major problems with the way the system handles juvenile cases, often contributing to major disruptions in youth's education.

Students in Massachusetts are being handcuffed, booked, and sent to court for behavior once handled by schools and parents, including swearing, slamming doors or banging lockers, failing to follow directions, or being disruptive in hallways, according to a groundbreaking report by Citizens for Juvenile Justice in partnership with the American Civil Liberties Union of Massachusetts and the Racial Justice Program of the ACLU's National Legal Department.

The report, Arrested Futures: The Criminalization of School Discipline in Massachusetts's Three Largest School Districts, examines school-based arrests in Massachusetts' three largest school districts - Boston, Springfield and Worcester - and evaluates which students are being arrested and why. The report finds that in all three districts, arrests for disruptive but otherwise relatively minor misbehavior made up the majority or a substantial percentage of all school-based arrests.

Other major findings of the report include:

These findings are an important addition to existing research examining the "school-to-prison pipeline," showing that students are being frequently arrested for minor, disruptive behavior that could be better addressed by school administrators, particularly in school districts that rely heavily on police officers in their schools.


Black students, especially boys, face much harsher discipline in public schools than other students, according to new data from theDepartment of Education.

One in five black boys and more than one in 10 black girls received an out-of-school suspension. Over all, black students were three and a half times as likely to be suspended or expelled than their white peers.

And in districts that reported expulsions under zero-tolerance policies, Hispanic and black students represent 45 percent of the student body, but 56 percent of those expelled under such policies.

“Education is the civil rights of our generation,” said Secretary of Education Arne Duncan, in a telephone briefing with reporters on Monday. “The undeniable truth is that the everyday education experience for too many students of color violates the principle of equity at the heart of the American promise.”

The department began gathering data on civil rights and education in 1968, but the project was suspended by the Bush administration in 2006. It has been reinstated and expanded to examine a broader range of information, including, for the first time, referrals to law enforcement, an area of increasing concern to civil rights advocates who see the emergence of a school-to-prison pipeline for a growing number of students of color.

According to the schools’ reports, over 70 percent of the students involved in school-related arrests or referred to law enforcement were Hispanic or black.

“Those are extremely dramatic numbers, and show the importance of reinstating the civil rights data collection and expanding the categories of information collected,” said Deborah J. Vagins, senior legislative counsel at the American Civil Liberties Union’s Washington legislative office. “The harsh punishments, especially expulsion under zero tolerance and referrals to law enforcement, show that students of color and students with disabilities are increasingly being pushed out of schools, oftentimes into the criminal justice system.”

The data also showed that schools with a lot of black and Hispanic students were likely to have relatively inexperienced, and low-paid, teachers. On average, teachers in high-minority schools were paid $2,251 less per year than their colleagues elsewhere. In New York high schools, though, the discrepancy was more than $8,000, and in Philadelphia, more than $14,000.

In recent decades, as more districts and states have adopted zero-tolerance policies, imposing mandatory suspension for a wide range of behavioral misdeeds, more and more students have been sent away from school for at least a few days, an approach that is often questioned as paving the way for students to fall behind and drop out.

A previous study of the federal data from the years before 2006, published in 2010 by the Southern Poverty Law Center, a nonprofit civil rights organization, found that suspension rates in the nation’s public schools, kindergarten through high school, had nearly doubled from the early 1970s through 2006 — from 3.7 percent of public school students in 1973 to 6.9 percent in 2006 — in part because of the rise of zero-tolerance school discipline policies.

But because the Department of Education has not yet posted most of the data from the most recent collection, it is not yet possible to extend those findings. On Tuesday afternoon, Mr. Duncan will announce the results at Howard Univerity, and from then on the data will become publicly available, at ocrdata.ed.gov.

A version of this article appeared in print on March 6, 2012, on page A11 of the New York edition with the headline: Black Students Punished More, Data Suggests.

Race as a Factor in Juvenile Arrests by Carl E. Pope and Howard N. Snyder 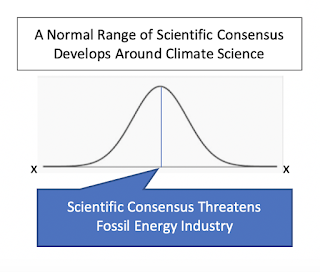