Property Tax Funding of Public Schools is Archaic and Unfair 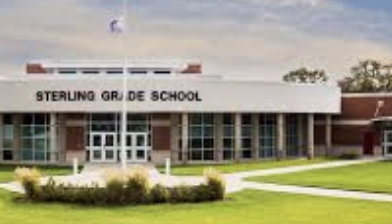 by Brian T. Lynch, MSW
Our current property tax system is essentially a municipal flat tax on a very faulty measure of family wealth. It places more of a tax burden on poorer communities to pay for underfunded schools, while wealthy districts can easily afford excellent schools that better advantage their children.
Imagine if we had a wealth tax on stock ownership based on the purchase price of the shares you bought on margin, that is, you bought the stocks on credit. Your equity in those stocks might only be 15% of their value, but your municipality taxes you on the full value of the stock each year. (How would that sit with the moguls on Wall Street?)  This is precisely how property taxes work. Even worse, imagine that you could forfeit ownership of all your stocks if you defaulted on tax payments to your town. No one would stand for that, yet that is how we pay for public schools in New Jersey and many other states. Unfortunately, there’s no such thing as a state with no property tax.
Property taxes are also very regressive, overburdening the poor while benefiting the wealthy.

I live in New Jersey where the average total per-pupil cost in NJ 2017-2018 was $21,866. That is higher than most states. The majority of the revenue to pay for it comes from property taxes. New Jersey is an economically diverse state with among the richest towns in the country and towns that are very poor indeed, yet all our municipal school districts rely on local property taxes. The state’s average residential school tax bill in 2018 was $4,610 per household, about 52% of the total municipal tax bill. The rest pays for municipal services.

To relieve the unfair tax burdens created when economically depressed communities are unable to equitably fund public schools, the State collects an income tax, part of which is distributed to school districts that need financial assistance. The school aid formulas, however, are subjected to considerable political pressures resulting in unsatisfactory, often hotly disputed results. The overall funding complexities of how property taxes and state aid are calculated are nearly impossible to sort out and massively confusing for most taxpayers to fathom. No methods for directly comparing school taxes across municipal districts are perfect, but one of the better ways uses the "equalized tax rate".

The argument has been made that the wealthier communities have fewer, but more expensive homes, and therefore homeowners pay more in property taxes. This is true in actual dollars per year, but it is not true in terms of property taxes bills as a percentage of family income or of the wealth, or future equity both groups will acquire in the years that their children are in school. As a form of wealth tax, local property taxes place a much higher burden on less wealthy communities. The band-aid we apply in New Jersey to fix the inequities, state aid to supplement educational costs in poorer communities, is a poor substitute for a more equitable school funding plan.
What might a better system look like?
First, it would have to start with a better organizing structure. We have too many local districts. The disparities between local districts are far wider than even the disparities between counties. And the administrative costs of maintaining so many districts are enormous.
We need to regionalize school districts in ways that create fewer districts that are more ethnically, racially, and economically diverse. New Jersey already has the second most segregated public school district in the nation. That has to end.
Next, instead of a flat property tax rate for each municipality (now regional districts under this new plan), I would introduce a graduated property tax rate schedule based on family income levels. Income levels, in this system, would serve as a secondary indicator of the wealth of a homeowner. And for this measure, I would treat all income equally. A dollar of capital gains reported would count the same as a dollar in wages, for example. It's not that you are taxing family income, but only using it as an index for better-assessing wealth, an index that would also be responsive to family's changing fortunes. There is no shortage of other ideas about how tax burdens can be more fairly distributed, and the whole topic of tax fairness (writ large) is a conversation that America needs to have.
Posted by Brian T. Lynch, MSW at 2/18/2021 07:49:00 PM