World Democracy and the Invisible Hand Opposing It.

by Brian T. Lynch, MSW
Here's a radical idea. Let's distribute equally among every adult citizen, no matter their status or circumstance, all the power necessary to govern our country. Then let's endow each person with the right to lend their share of power to others who pledge to represent their interests for a term. And when governing questions arise, let's accept that the majority opinion should prevail so long as it doesn't infringe on a person's inalienable rights as a human being. That’s what we have. It is the democratic republic created by our founding fathers. 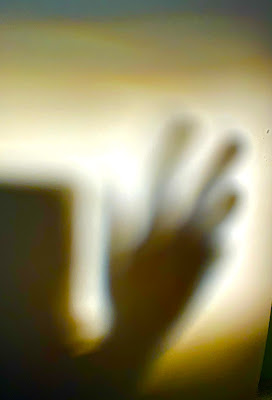 And isn’t it so much better than having wealthy, powerful people deciding our lives in ways that suit their self-interests and the interests of their loyal friends? This latter model has always been the default mode throughout history. It is what we will have again if we fail to defend our democracy. Keeping our republic going forward will likely be as difficult as establishing it was in the beginning. We are in the middle of an acute domestic challenge today.
Why is democracy worth fighting to preserve? Democracy is fair for everyone. It alone has the ability to distribute the greatest good to the largest share of its citizens. But democracy is also hard. It has taken most of recorded history to set up just one enduring example for the world to follow. We are that first and oldest example. A democracy, with its equal distribution of power by its citizens, challenges every other power structure ever devised before it. One obvious example would be the royal dynasties of Europe.

When the aristocracy of the mid-1500s and 1600s was forced to share power with a growing wealthy business class, they preserved their dominance by chartering corporations. These royal corporations conserved the aristocrat’s financial powers over the business class because all charters followed the principle that the more one owns the greater one’s say in making decisions. And no one was wealthier than the King. Also, the wealth a corporation generates is not distributed equally. It is distributed according to a person’s share of ownership. The more you own, the more you earn.

And so it is to this day that the corporate model of governance continues to preserve the wealth and power of the wealthy. Many of the aristocrats are still around (The English royals, for example). The wealthiest families and many undemocratic governments in the world still have controlling interests in the global economy.

Corporate governance is among the models in direct competition with democracy. It manifests itself in many ways both large and small. For example, while governments still charter corporations, business sectors have established a political lobbying industry that funnels campaign donations back to cash-starved or business-friendly politicians. This allows corporations to exert influence over politicians who make government policies that is greater than the influence of the constituents who elected them. And as always, behind the veil of every corporation are the wealthy owners of capital.

The wealth of modern international corporations rivals all but the richest countries. The same is true of the wealthiest corporate owners. The economic power of just the top eighty billionaires is staggering. Their combined wealth is greater than the bottom 46% of people on earth. When their interest become align, and they push in the same direction, they are nearly an irresistible force.
Up until the present era, corporations have largely benefitted from the stability and predictability of western democracies in which they were chartered. In the period after World War II businesses were mostly community-based enterprises. It was in a local business owner’s best interest to use their clout to strengthen and build up their local communities. It was a source of civic pride for them as well. When corporate entities grew larger and more regional and national, business interest and national interest began to merge and local community connections declined. In recent decades, the web of pan-global international business relationships has grown exponentially.
Today, even international corporate fealty to the host countries that charter them has weakened. In the unregulated space between nations struggle to balance the interests of their people with the international corporate interests and global competition. This has given rise to many pan-global regulatory bodies that are inter-governmental, trans-governmental, and even private (non-governmental) in structure. Some are more prominent, such as the World Trade Organization (WTO), International Monetary Fund (IMF), the World Bank, and the OECD.

There are many other international business organizations (IBOs) are seeking to globally coordinate and facilitate corporate interests. There are also scores of more regional and continental business organizations designed to promote regional interests and influence decision-making by the larger IBOs. These are collectively referred to as RCGs or Regional Consulting Groups.

Most IBOs seek to influence what they call “upstream activities of the rule-making process” in the host nations. This includes the exchange of information, data collection, and development of norms, standards, and best practices among the host nations. A few IBOs are also involved in “downstream activities” such as internal governmental rule-making processes including, “… enforcement, dispute settlement, and crisis management.”

Rogue Actors and Shadow Banking
Into this ever-expanding universe between what world governments still control and what they no longer fully control is an amorphous dark web of private wealth and power. It has become the sandbox for billionaires, oligarchs, cartels, and rogue world leaders seeking to shelter or conceal their activity. It is a wilderness in which shadow banking (unregulated by any nation) now controls nearly one-third of all global wealth. This opaque network of dark commerce connects both legitimate banking systems and international businesses with the dark lords of wealth and power. That this extra-governmental space exists is an established fact, not a conspiracy theory. It is recognized as a real threat to global financial stability. In April of 2009, on the heels of the Great Recession, a new global financial regulatory agency quietly emerged. The Financial Stability Board (FSB) was created in an attempt to modulate this new threat.

I believe it is from this stateless shadow economy that an invisible hand has emerged to weaken the world governments that still largely control the global economy. It intuitively follows that destablizing Western democracies, with their structural commitment to the welfare and interests of ordinary citizens (whose votes must be earned), would be primary targets. This isn’t just a threat to global banking and commerce. It represents a fifth column, a phantom opposition to national sovereignty worldwide. It is a vector for corruption that further taints corporate culture and poisons the well of global democracy. This is the nexus through which the interests of rogue billionaires and corrupt principalities begin to align and potentially conspire. This is a likely source through which the global disinformation warfare raging against Western democracies is being waged. And this disinformation war is the direct cause of our growing political polarization and disunion that is tearing countries apart.
Postscript: Most folks have a hard time seeing beyond the partisan political walls that have been erected to block our view of the bigger picture unfolding in the world. It is heartening to know that others who have read this are seeing what I see. Identifying a problem or a threat is always the first step in solving it, and that is the immediate purpose of my piece. I am confident that there are solutions to the challenges we face in creating a more democratic world.
One example that another reader of this post (at Daily Kos) pointed out is that all corporations are chartered by sovereign governments, therefore the terms of those charters are subject to change to the will of the people in a democracy. People are the ultimate source of all social power. How we organize and coordinate among ourselves determines the social power structures under which we live.
I can imagine a future in which a powerful global, grassroots democracy movement in the spirit of 1776 coalesces to confront this global threat. I also foresee a future of incredible oppression by powerful global elites wielding the full potential of emerging technologies to keep us under tight control. I know how dramatic that my sound, but the momentum seems to be moving in that direction.
Again, the first step to confronting this threat is to get millions or billions of people to look beyond the many walls that divide us so we can see the bigger picture at play. Even the most powerful person worth 100s of millions of dollars cannot stand up to millions of people who refuse to accept their money.
Posted by Brian T. Lynch, MSW at 5/08/2021 01:50:00 PM