Adding to the deficit: Bush vs. Obama
From: http://wapo.st/zgGhO9
Since President Obama became chief executive, the national debt has risen almost $5 trillion. But how much of that was because of policies passed by Obama, and how much was caused by the ﬁnancial crisis, the continuation of past policies and other effects? For this analysis, we worked with the Center on Budget and Policy Priorities to attach a price tag to the legislation passed by Obama and his predecessor. George W. Bush’s major policies increased the debt by more than $5 trillion during his presidency. Obama has increased the debt by less than $1 trillion. Read related article. 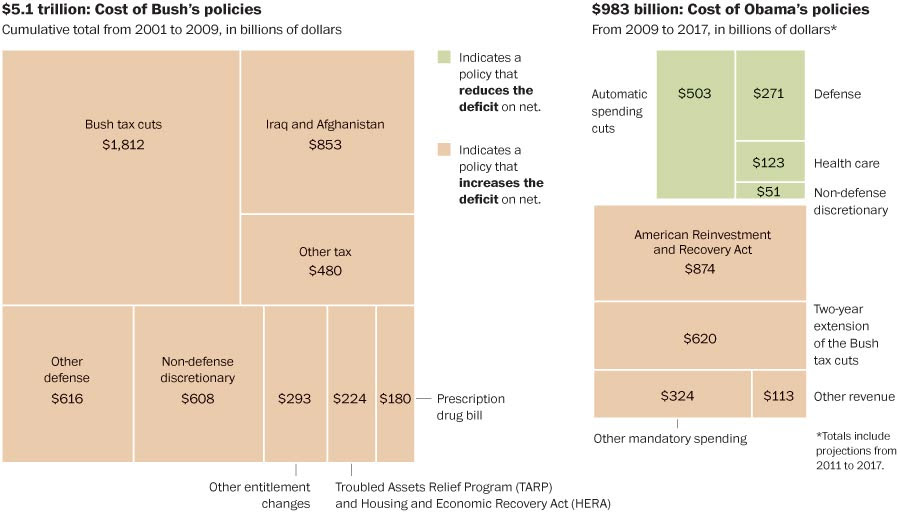