To follow-up on an article I posted here on June 27th, I just learned that an Oklahoma woman has filed a law suit against the natural gas fracking company she believes is responsible for the many earthquake swarms in her community. The prior article posted here was about the political dynamics at play. It will be very interesting to see how this judicial action plays out in the courts Check this blog for future updates. - Brian T. Lynch, MSW


EARTHQUAKES:
Okla. drillers sued for quake swarm
Ellen M. Gilmer, E&E reporter
Published: Thursday, August 7, 2014
Almost three years after earthquakes rocked Sandra Ladra's living room in central Oklahoma, she's taking two energy companies to court.
Ladra this week filed a complaint in Oklahoma state court against New Dominion LLC and Spess Oil Co., both based in Oklahoma, for using wastewater injection wells that may have caused a cluster of earthquakes in late 2011. Ladra was injured when rocks fell from her fireplace during the quakes and is now suing the drillers for personal injury and punitive damages. 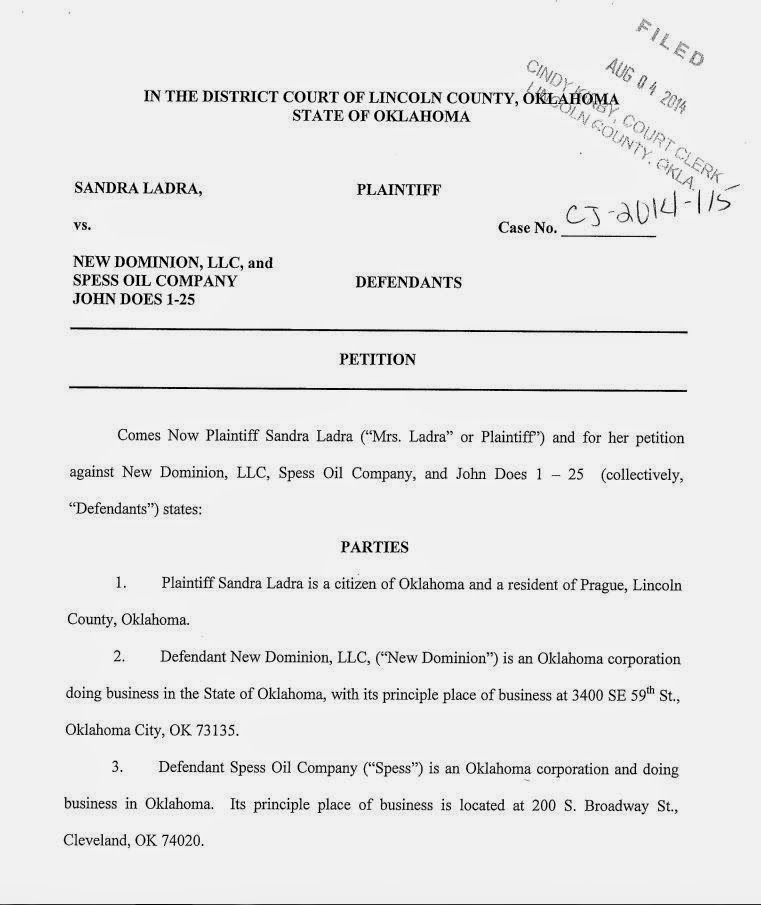