It Has A Name: FASCISM

Fascism: A political philosophy, movement, or regime that exalts nation and often race above the individual and that stands for a centralized autocratic government headed by a dictatorial leader, severe economic and social regimentation, and forcible suppression of opposition. - Merriam-Webster 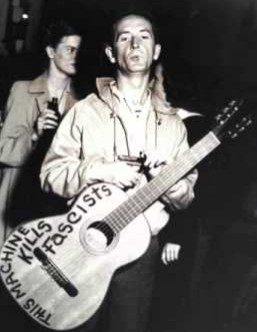 It's time to call a duck a duck. Putin's Russia is a fascist state.

While scholars may debate what fascism is, we all know it when we see it, or so we think. We have been slow to see it in Russia. Perhaps the shadow of communism in the former Soviet Union is blinding us to what Russia has become, a totalitarian fascist regime.

Correctly applying that label to Russia is important to understanding our own national politics and the growing swirl of suspicious connections between Donald Trump and Vladimir Putin. The most direct links, so far, appears to be a network of contacts between a shady collection of Trump's operatives and shadowy Russian oligarchs. Whether or not Russia influenced our elections as alleged, this web of contacts by crony capitalists and intermediaries is just what one would expect between two fascist authoritarian leaders. Yes! Trump's political movement in America has a name. Fascism!

Growing income inequality, the insurgence of the political right here and abroad, rising nationalism, the vilification of differences (racial, religious, ethnic, etc.), the ascension of an authoritarian leader in the U.S. and the confluence of billionaire capitalists bent on undermining democratic institutions for self-gain are unmistakable signs that fascism is reemerging in the 21st century.

A few words about fascism may be necessary since the term has been muddled, perhaps intentionally so. In general, it is an authoritarian form of government empowered by a multi-class nationalistic populism and a power sharing alliance with wealthy elite. Fascism may take different forms as it metastasizes, but it is always built on three legs: A ruthless authoritarian leader, an extremely nationalistic base and a loyal cadre of uber-wealthy crony capitalists. The goal of fascism is always the same, to optimize power and prosperity for the fittest members of society, as defined by those aligned with their leader. [For more information on fascism see My Guide to Recognize Fascism ]

Without this understanding it is difficult to grasp the trans-national collaborations we see surfacing, not just between some conservative billionaires in the West and Russia, but also between them and other rich oligarchs the world over. Without understanding fascism it is impossible to grasp the national transition undermining our own democracy. It is impossible to grasp the extent to which fascism has already infected our democracy.

With or without Russia's help, Donald Trump won the election without the popular vote through every available method used to rig elections. These included voter suppression measures in all its forms, traditional precinct dirty tricks, exploitation of electronic and mail-in voting, publication of hacked DNC emails, an FBI email investigation dust-up days before the election and the latest in mass marketing methods funded by billionaire campaign supporters. But it also included something new, the latest in "cognitive warfare" technology. These are essentially internet mind control techniques unleashed on us by Cambridge Analitica, a political propaganda company employed by Donald Trump during the 2016 campaign. (See Propaganda in the Digital Age - Mind Control on a Massive Scale)

Does all this seem too incredible to believe?

Good! We should all be skeptical about what we read on the internet and what messages issue from the halls of power. So in keeping with my Data Drive Viewpoints theme, let's conduct a rigorous, scientific style thought experiment to test my hypothesis.
The hypothesis is: Donald Trump is the leader of an American fascist movement.

The goal of experimental methods is to disprove the hypothesis by proving the opposite to be true. This thought experiment must therefore prove the opposite by showing that Trump does not do what fascist dictators do. Here there is space for readers to pick their most important markers of fascist dictators. There are many such lists to help you choose fascist characteristics.  Select the characteristics most convincing to you and state them as their opposite. Wikipedia offers helpful lists under their definition of fascism page. So for example, characteristic on one of the list, entry #4 reads:


#4. Anti-equality: Fascism loathes the principles of economic equality and disdains equality between immigrant and citizen. Some forms of fascism extend the fight against equality into other areas: Gender, sexual, minority or religious rights, for example.

To state this in its positive form, the null hypothesis is: Donald Trump and his administration will:
·         Assure all immigrants are afforded the same rights and due process as U.S. citizens
·         Respect and enforce the civil rights of members of LGBT community
·         Respect  and enforce the civil rights of ethnic and racial minorities
·         Guarantee freedom of religion and civil liberty for all religious groups, including Jews, Muslims and other religious minorities in America.

We can now count up all the qualifying future incidences where this proves true or false. Let's try one more example from a different list of fascist characteristics. This list contains the following point:

"Disagreement Is Treason" – Fascism devalues intellectual discourse and critical reasoning as barriers to action, as well as out of fear that such analysis will expose the contradictions embodied in a syncretistic faith.

[Note: The word syncretistic used here means the merging of different ideological strains to assert an underlying unity that may or may not exist.]

Donald Trump and his administration will: Encourage intellectual discourse from a diverse variety of stake holders to critically examine and analyze legislative and policy options best suited for the common good.

Donald Trump and his supporters will: Express appreciation for those who may disagree with him).

The point here is to keep looking for signs that President Trump, his administration and supporters are not acting like fascists. Be as objective as possible and take a fairly large sample over the next several months. Once you have your own results you can decide for yourself if my hypothesis is true.
Posted by Brian T. Lynch, MSW at 3/11/2017 03:15:00 PM