OH LORDY, THERE ARE TAPES!!!

OH LORDY, THERE ARE TAPES!!!
by Brian T. Lynch, MSW 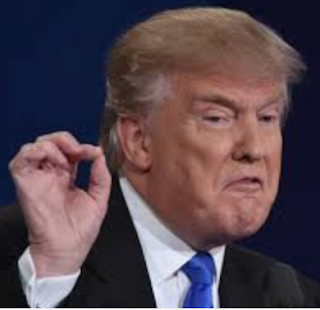 What do the tapes tell us so far? They show that just 18 months before Trump blocks aid to Ukraine, and a day after the first javelin missiles were delivered to Ukraine, Donald Trump hosted a dinner party at Mar-a-Lago, Trump’s resort in Palm Beach, Florida. His guests include Don Jr, Donald Trump’s buddies Lev & Igor, some national security advisor and others, who knows who at this point.
Igor apparently tape records the whole dinner conversation, over an hour of tape recording. Trump Can be heard chatting about the javelin missiles that had been delivered and other topics. At one point in the conversation is heard asking, presumably, his security advisors how long Ukraine would last against Russia without US military aid. He is told that Ukraine would be quickly overrun.
Later during the dinner, Trump asks how things are going in Ukraine. It isn’t clear who the question is directed to, but Lev pipes up to say he is hearing how bad Ambassador Yovanovich is and that she is telling Ukraine’s officials that Trump is going to be impeached. Word of these rumors came to Lev through Igor, who had recently been to Ukraine.
Trump doesn’t ask one further question. He doesn’t turn to his advisers for validation. He instead goes into a tirade and immediately calls for Ambassador Yovanovich’s immediate removal.
We know now that the Ambassador was the victim of an insidious smear campaign by corrupt, Russian friendly former Ukrainian officials. Judging from Trump’s extreme reaction it seems apparent that this was not the first time Trump has heard these rumors against Yovanovich. So, the question becomes, who had been feeding him these planted lies about her before this diner that he would blow upon hearing Lev’s report?
These tapes were just released late last night by ABC news and haven’t been fully transcribed or vetted as of this moment. Still, it is looking more and more to me like the President’s moves to undermine Ukraine is the result of a Russian covert psy-ops operation targeting our weak-minded, Putin loving, paranoid President to act once again in service to Russia’s national interest. I want to know more about the origin of this tape, who made it, how it was released and who was in the room where it happened. Let’s start calling some damn witnesses and demanding documents from this strange administration.
Posted by Brian T. Lynch, MSW at 1/25/2020 09:31:00 AM