The Centrist Threat to Democracy and the Globe 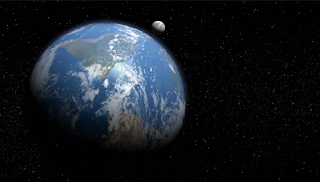 An editorial (and request for reader support) in The Guardian caught my attention because it so well states what is at stake for the United States and the world in the 2020 election. Please allow me to share part of it here and follow-up with an editorial comment of my own.

In his editorial, Hamilton Nolan of the Guardian writes:

"Even in our pitifully broken semi-democracy, rich people shouldn’t be in charge. The math is against them. There are, by definition, comparatively few rich people, and many middle- and lower-class people. In a two-party system where one party represents the interests of the rich and the other party is meant to represent the interests of everyone else, logic says that the rich people party should lose most of the time, based on sheer numbers. The political power of plutocrats should be arbitraged out of existence as parties seek a larger base." So true! This expresses in other words what I have been trying to say."

Here is the article:

More from the above Editorial:

"For the past four years, it has been clear that Sanders and Trump each represent a direct response to the severe (and warranted) disillusionment of average Americans, who have seen the American dream of economic mobility die during their lifetimes.
Trump represents the dark path of racism, nationalism, and division; Bernie represents the other path, of socialism, multiculturalism, and solidarity... Any sane and moral political party should want to do everything possible to make Sanders’ vision become a reality. The alternative is not a fresh flowering of centrism. It is something much, much worse.
America is at a tipping point, finely balanced between truth and lies, hope and hate, civility and nastiness. Many vital aspects of American public life are in play – the Supreme Court, abortion rights, climate policy, wealth inequality, Big Tech and much more. The stakes could hardly be higher."


Everyone, please hear me out!

We must reject the urge for safe, centrist candidates who believe they can still reach across the aisle for bipartisan support for their half measures and incremental steps. This didn't work in 2016 and it isn't going to work now. The number of disillusioned citizens far outnumber the entire Democratic Party, let alone the elites and centrists within it. A centrist candidate may feel safe, but we are beyond normal politics. We are in a war against a well funded, wells organized global authoritarian movement threatening democracies everywhere.

Donald Trump has had three more years to harvest disaffected "likely-voters" and 45% of all eligible voters who stopped voting for either party years ago. He is coaxing these folks to join his dark and vile plutocracy.

If the Democratic party doesn't boldly reconnect with poor people and the working poor (our traditional base), the opportunity to beat back the dark forces of fascist-style authoritarianism will be lost for a generation. The consequences will be atrocious, if not actually bloody. And a generation lost is enough time for the very worst effects of global warming to be baked into the future of the planet for a millennium.
Posted by Brian T. Lynch, MSW at 2/07/2020 12:28:00 PM